The 3 Most Dangerous Pests In North Carolina 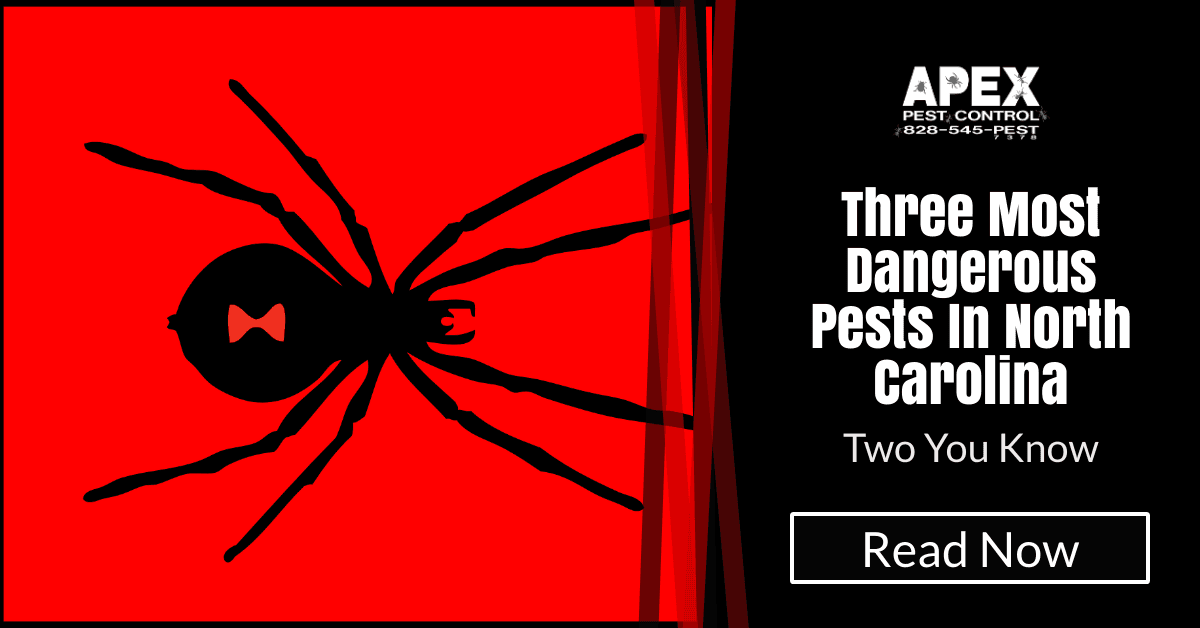 The three most dangerous pests in north carolina should not shock you at all. There is a reason why you should use pest control services when you encounter unwanted pests inside your home. And the most convincing reasons might just be these three dangerous pests that can be encountered in North Carolina. The pests we are talking about are the Black Widow Spider, Recluse Spider, and Fire Ants. Whilst one of these pests are rarely encountered in the carolinas, the other two are frequently encountered and can be a danger to those who cross their environment.

Out of all insects around the world, the Black Widow Spider is the name that conjures fear in the hearts of man. And that fear is well-founded, as the Black Widow is one of the world’s most poisonous spiders.

A bit from the Black Widow causes sharp pain in the area where the bit occurs. As the poison spreads through the system, it leads to flu-like symptoms. When an antivenom is not taken, seizures, shock, and even death are a real possibility.

Black Widow Spiders can be recognized by their characterized shiny black body. They also have a red hourglass shape on their abdomen, which makes them stand out from similar-looking spiders. Black Widow Spiders are also more aggressive when there are egg sacks nearby.

Another dangerous spider that can be found in North Carolina is the Recluse Spider, though this is rare and has been found in south carolina in places like greenville sc and surrounding areas, but this is also very rare indeed. These spiders are relatively small and have evenly colored legs that do not contain any visible markings. However, some variations of the Recluse Spider can have a violin-shaped marking.

Recluse Spiders are mainly nocturnal, this means they will not become active until nighttime. Aside from their activities during the night, Recluse Spiders tend to hide in dark and moisture-rich spaces, this includes crawlspaces, woodpiles, and even underneath your house.

Bites from a Recluse Spider only tend to occur when the spider’s resting place is disturbed. Contrary to the Black Widow, the Recluse Spider’s bite is not lethal. However, it can lead to the death of surrounding tissue, open wounds, and serious infection.

If you believe your home may contain Recluse Spiders, it is best to call in the pest professionals. After all, interfering with their resting place could cause you and others around you serious injury.

Another common pest in North Carolina is the so-called fire ant. Contrary to the other pests on our list, the fire ant is remarkably aggressive. In other words, you do not necessarily have to threaten the ant’s resting place to be attacked by them. They will be relentless in the attack if they feel threatened in any way at all.

Fire ant bites can be remarkably painful and sore. The pustules from fire ant bites can also get infected, and this can happen in humans as well as pets. Bites from the fire ant can be treated with some home remedies, but this does not mean they aren’t uncomfortable. 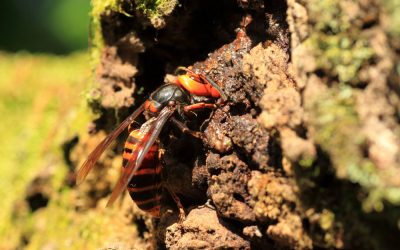 Murder Hornets Are Here and They Kill For Fun

As if we did not have enough to deal with, we now have to consider a new invasive species. They’re big, and they Kill;... 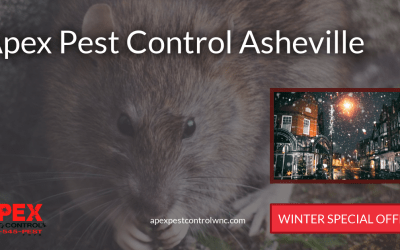 Overwintering Pests To Become Aware Of

Winter Pests to be aware of this winter Wow, the year is coming to an end, winter is arriving and the weather shifts... 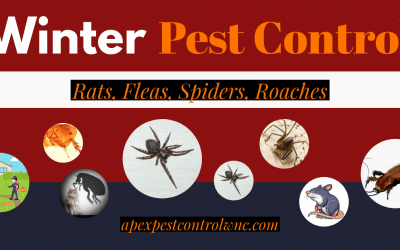 Winter Pest Control: How to Keep Pests Away in Winter

Winter Pest Control While winter does bring natural protection against some of the most irksome intruders like flies,...